North Hex celebrates the release of the Remix EP from Erika's forthcoming solo LP "Hexagon Cloud" on IT. In keeping with the 6 sides of a hexagon, we will have 6 stacks of sound to fill in the cavernous Grand Ballroom at the Leland. Already legendary for bootlegger parties in the 20s and the official home of Industrial culture in Detroit for so many years, Interdimensional Transmissions' production of this event will connect to the hedonistic history of the venue and transform it into a temple of sound, lost in time and space. Legal bar, no enforced closing hours, live modular synths and unique analog sequencers, a Detroit vinyl magician and a techno sorcerer. We're taking it til dawn… or beyond…

Marcellus Pittman is one of the deepest and most twisted artists that you could call a leader of Detroit House. His approach is pure vinyl in a style that both uplifts and explores deep thought processes, spanning from Italo Disco to Deep House to crazy Chicago edits of Disco Classics to some of the strangest most surreal Acid you have ever heard (relentless, like Rinder & Lewis's Seven Deadly Sins in triplets), because either he or Marcus Mixx made it. His deft weaving of genres and influences and impeccable taste help his DJ sets transcend any boundaries, coming as pure party music backed with heavy thoughts. We first came to hear his music through the 3 Chairs and Rotating Assembly projects working with legends like Theo Parrish and Moodymann, but he broke out with a series of 12"es on his own label Unirhtyhm (recently collected on the album Pieces) that announced his unique vision, and he has been one of Detroit's deeper international representatives on the decks. Recently, he remixed the hypnotic "Tow Ride" from Erika's debut Solo LP "Hexagon Cloud", with a stated goal of making it darker and "more evil".

Orphx are a mysterious Canadian electronic music duo now residing in Ontario. Since the mid-1990s, they have been creating unique fusion of techno, industrial, and electro-acoustic music. Orphx has gained an international following as one of the pioneering acts within the European “rhythmic noise” scene. They have performed in numerous countries around the world, appearing alongside artists such as Alva Noto, Laurie Anderson, Monolake, Pan Sonic and many others. Orphx has released nine full length albums and numerous singles (CD, vinyl and cassette) on such respectable labels as Hands Productions, Sonic Groove, Hymen and others. Their most recent work further develops a dark hybrid of techno, dub and industrial that has garnered critical acclaim from many leading DJs of techno. Their remix of Erika's "North Hex" is immense, and we look forward to their live show, which includes a full modular.

In the excitement of this much analog gear in one place, Erika will be performing live for only the second time here in Detroit, using all analog equipment with no computer backing.

Erika dreams on the cellular level, or perhaps of transdimensional intelligences moving through strange patterns on celestial objects, working towards a mysterious goal. Her connection to the dreamworld becomes concrete in approach to music, simultaneously so solid and yet so ethereal. Erika still finds time to accomplish many things in her waking hours, such as being a member of Ectomorph, co-conspirator of Detroit's Interdimensional Transmissions record label, DJing with vinyl, making music with her pet machines, and running erika.net - a freeform streaming radio station. Erika.net celebrates its 13th year this year, being one of the very first iTunes presets. From 1993 through 1999, Erika was very involved in WCBN in Ann Arbor, as a freeform and jazz DJ, and Program Director.

The daughter of a famed scientist and already running a well known BBS from her bedroom by the time she was 13, Erika is no stranger to expressing her ideas through technology. In 1997 she was handed a TR-606 and asked to join Ectomorph, and has since become an electronic musician of the highest order, focusing on analog synthesis, with live hardware sequencing that allows transformation over time and a deep depth of tone. The release of her debut solo double album "Hexagon Cloud" is due imminently on IT.

BMG aka Brendan M Gillen is a founding member of Ectomorph and Interdimensional Transmissions. He has performed with Erika in numerous countries for over 15 years, and produced her solo LP. 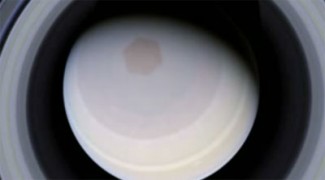