There's Somebody Out There

Marcellus Pittman is one of the deepest and most twisted artists that you could call a leader of Detroit House. We first came to hear his music through the 3 Chairs and Rotating Assembly projects working with legends like Theo Parrish and Moodymann, but he broke out with a series of 12"s on his own label Unirhythm (recently collected on the album Pieces) that announced his unique vision, and he has been one of Detroit's deeper international representatives on the decks. Recently, he remixed the hypnotic "Tow Ride" from Erika's debut Solo LP Hexagon Cloud, with a stated goal of making it darker and "more evil."

Innerspace Halflife is a live PA between Hakim Murphy and Ike Release. Totally cosmic and idiosyncratic as we take on the task of channeling and more importantly capturing the spirit of Jack through whatever means we have available to us. A common theme/occurrence throughout our work in its various modest and homegrown technical situations is to allow an ability to be free and to let the cosmos/Jack be our guide that comes through in the final product as all the idiosyncrasies that occur through this process remain for the most part intact. Three machines, two people, taking you to a pocket galaxy all day. "Hands down the best contemporary acid." - BMG

Brendan M Gillen founded Interdimensional Transmissions in late 1994 when he heard far too many ancient voices in his head. Positive that dimensions were colliding and that he could literally feel the deepest will of some mystic past, he decided not to ignore these voices but to contemplate their input, and thus Interdimensional Transmissions came to fruition and the idea-based project Ectomorph found a true home. Since then the vision has continually grown organically and mutated into something that is hard to describe yet easy to feel. His sets effortlessly combine a multitude of seemingly disparate genres into a coalescing solid sound system sensation - pure transcendent psychedelic wizardry. 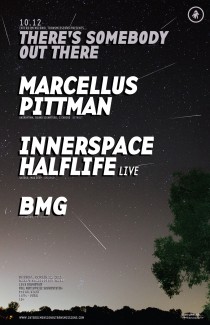